Today, 3D printing is streamlining processes in companies of all sizes, with particular prominence in the automotive, aerospace, medical, and defense sectors.  In this post we will focus on 3D printing in aerospace, including how and why the technology has gained so much traction in the sector.

Why doesn’t aerospace just stick to traditional manufacturing of its components?  For one, 3D printing reduces material waste and fuel emissions, so that’s a big plus especially in an age when everyone wants to build smarter.  In addition, additive manufacturing reduces lead times and streamlines production cycles.

Let’s dive into some examples. During the lifetime of an aircraft, it’s likely that parts will need to be replaced.  Traditionally, aircraft manufacturers keep an inventory of parts to meet demand for replacements.  However, companies in need of replacement parts may not want to wait as long as it typically takes for them to arrive, so they keep an inventory in-house, solving one problem but sometimes creating a new challenge in the form of storing and managing all of those parts—before they even need them.  In this scenario, 3D printing can reduce the time it takes to get replacement parts, without having to keep extra inventory on hand.

As of March 2015, Boeing has already installed more than 20,000 plastic 3D printed parts in its airplanes.  To give just one example, selective laser sintering has been used to create about 150 separate parts for the forward fuselage of Boeing’s F/A-18 Super Hornet.

Boeing proactively incorporates 3D printed parts into many of its vehicles, so much that the company is now trying to patent a whole system for 3D printed replacement aircraft parts, including everything from a parts library and management system to 3D printing itself.  The proposed system is simply titled, “Three Dimensional Printing of Parts.” 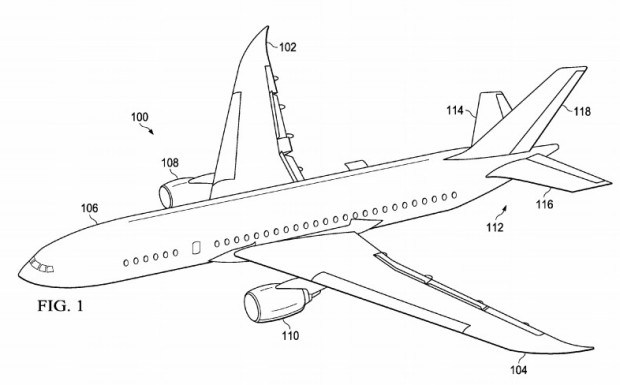 Over the years, we’ve seen numerous examples of 3D printed aerospace parts, and some major aerospace companies have taken the technology into their own hands and implemented in-house 3D printing facilities.  GE has built an additive manufacturing facility to make 3D printed nozzles for advanced LEAP jet engines.

Aerojet Rocketdyne, a Sacramento, California-based manufacturer, has recently announced test firings of 3D printed rocket engine parts.  Its goal is to have a certified AR1 engine (an American-made thrust-class liquid oxygen/kerosene booster engine) in production by 2019.

Meanwhile, UK defense manufacturer AirBus Defence and Space spent two years on R&D for space-qualified satellite components.  3D printing with an aluminum alloy, AirBus created a structural bracket for Eurostar E3000 telecommunications satellites.  The bracket mounts telemetry and telecommand antennas on the satellites.  Made with traditional manufacturing, the original design is composed of four separate parts and 44 rivets, while the new 3D printed bracket, qualified to launch with the next E3000 satellite, is 40% stiffer and 35% lighter.  AirBus is now considering 3D printing a variety of other aerospace parts and secondary structures.

While end-use 3D printing for aircraft is in full swing for some manufacturers, among other aerospace companies, additive manufacturing is simply being used to save time and money on prototyping before reaching the desired future scalability.  By significantly reducing production time, additive manufacturing opens up a whole new range of possibilities for countless firms.  According to Alan Newby, Rolls-Royce chief engineer for future programs and technology, “Shortening the manufacturing time by almost a third gives us more time to design, which is always a benefit. We are also able to produce designs that we wouldn’t otherwise be able to do.”

As the aerospace sector evolves to integrate with additive manufacturing technology, it seems that even the sky isn’t the limit.  We look forward to seeing how manufacturers continue to adopt 3D printing in aerospace, in turn changing the way we approach design and explore the world.