The Ultimate 3D team has a history and love for racing, so we’re excited to sponsor Palotov Motorsport as they once again take on the challenge Pike’s Peak International Hill Climb on June 28, 2015.

Also known as “The Race to the Clouds,” The Pike’s Peak International Hill Climb is an annual race to the summit of Colorado’s renowned Pike’s Peak. Since 1916, cars and motorcycles have gathered to race 12.4 miles to ascend nearly 15,000 feet along a route that includes more than 150 turns. This race is the third oldest motorsport event in the Western Hemisphere, after the Indianapolis 500 and the Isle of Man TT.

The Pike’s Peak IHC is a unique and exciting race, known for its highly skilled drivers and innovative engineering used to push the limits in this steep, uphill race. To support Palotov, Ultimate 3D created custom wing ribs for the uniquely designed Palatov D2RS. The wing ribs were made with carbon fiber filled nylon and bonded into a carbon fiber wing assembly.

Here is an excerpt from Palatov Motorsports referring to the use of Ultimate 3D’s parts.

“I designed the parts in SolidWorks and made sure everything fits in the virtual world. The angles are very odd and there is no good way for me to machine or otherwise fabricate the needed shapes. Perfect job for 3D printing though, where there is no need to be constrained in shape by manufacturability. I’ve been talking to Robin at Ultimate3D about doing something for our cars and this was the right opportunity. He was eager to demonstrate what they can do. So I sent the files yesterday and this morning we have the parts – printed in carbon-reinforced nylon.” 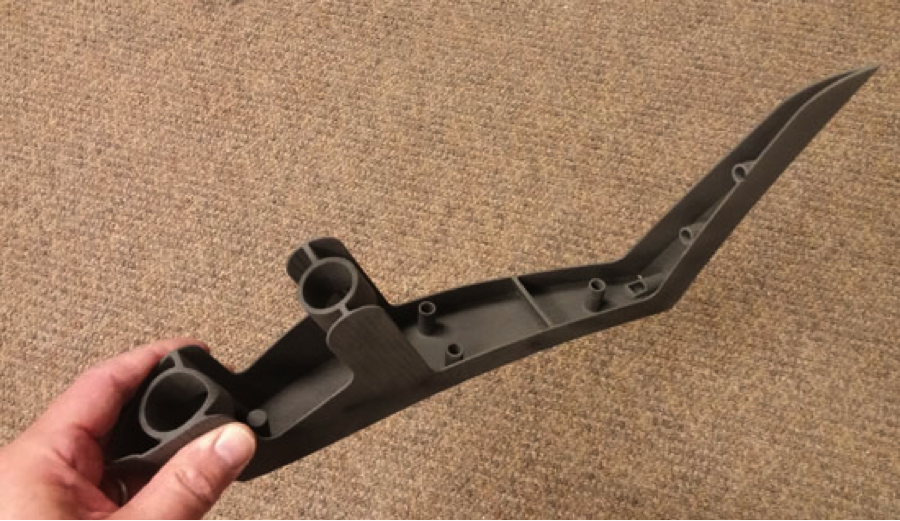 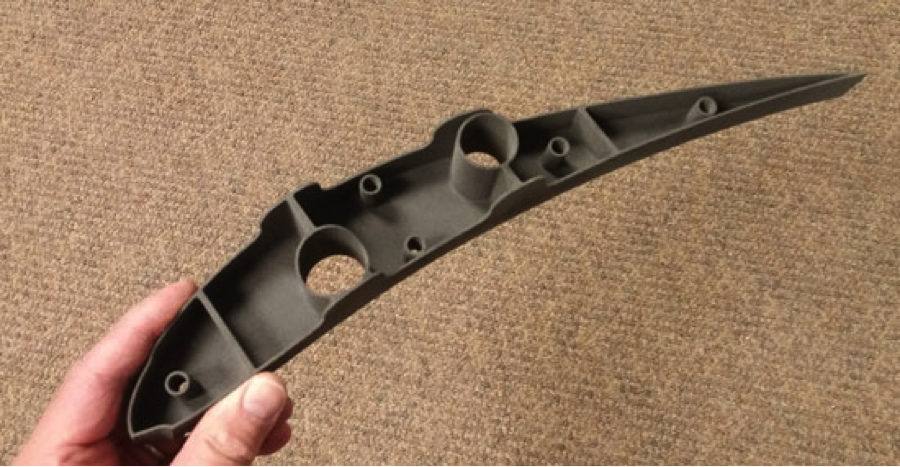 “These are basically wing ribs and endcaps combined. Their purpose is to locate the wing skins in space, attach them structurally to the steel tubular spars, and define the overall shape of the wings. In case that wasn’t enough, the parts also serve as mounting surfaces for the endplates, with holes for helicoils designed in from the start.” -Dennis Palatov

The D2RS, designed specifically for the hill climb competition and driven by Jonathan Frost, is currently entered in the Pikes Peak Open Division and will be competing against heavy hitters like Honda Performance Development’s ARX-04b LMP2 coupe for the overall win. Palotov Racing won the Pikes Peak International Hill Climb Unlimited Class in 2012, and on June 28th, we’re stoked to see this local car builder go for another win against larger factory teams.

Ultimate 3D is looking forward to continuing to build relationships with other companies in the racing sector and beyond. In addition to sponsoring Palatov racing, Ultimate 3D has made parts for Andretti Auto Sports, which races in the IndyCar series and includes the Indianapolis 500. One day we hope to make parts that are used in Isle of Man TT races, the UK’s unparalleled motorcycle race along a 37-mile open road mountain course and some of the best riders in the world.

Please stay tuned as next week we will be posting the results of Palatov’s efforts from this weekend.